The historical assessment of French missionaries in Wendake between 1623 and 1650 has always been obscured by a heroic aura. Certainly many of the missionaries were dedicated to their missions and genuinely believed that conversion would save the “heathen” Wendat. The deaths of Jean de Brébeuf and Gabriel Lalement at the hands of the Haudenosaunee are emblazoned on the Canadian psyche. A complete revision of this heroic portrayal of the “Blackrobes” based on the standards and morals of today may prove to be somewhat specious. There is little doubt, however, that the presence of missionaries damaged Wendat society through the social division they caused and the disease they unwittingly spread.

The first missionary to arrive in Wendake was Joseph Le Caron who spent the winter of 1615/16 in the Attignawantan village of Carhagouha. It was not until 1623 that the French were able to convince the Wendat to allow missionaries to take up permanent residence. The Wendat accepted the missionaries grudgingly. They apparently had little regard for Europeans who could not handle firearms since they would be unable to assist in defending their party from Haudenosaunee attack.

The Recollet missionaries lived among the Wendat from 1623 to 1628. During this time, the Recollets achieved very little success in their work of religious conversion. Although the Recollets learned Wendat, their grasp of the language was inadequate and their lack of understanding of Wendat culture added to the difficulty they had in communicating with their hosts. According to Bruce Trigger, the insistence of the Recollets on living apart from the villagers was a significant irritant between the missionaries and the Wendat.

In 1626, the Jesuit missionaries Jean de Brébeuf and Anne de Noue joined the Recollets in Wendake. Although the Jesuits were more accepting of cultural differences than the Recollets, Brébeuf was apparently influenced by the practices of Daillon, the Recollet resident in Wendake. The Jesuit order soon supplanted the Recollets in New France, the resources of the latter apparently being insufficient to continue. Despite the greater experience of the order in the art of conversion, the Jesuits had little more success than had the Recollets. Many Wendat eventually accepted baptism but this did not signal a true acceptance of Christianity. The “converts” continued to follow traditional practices. 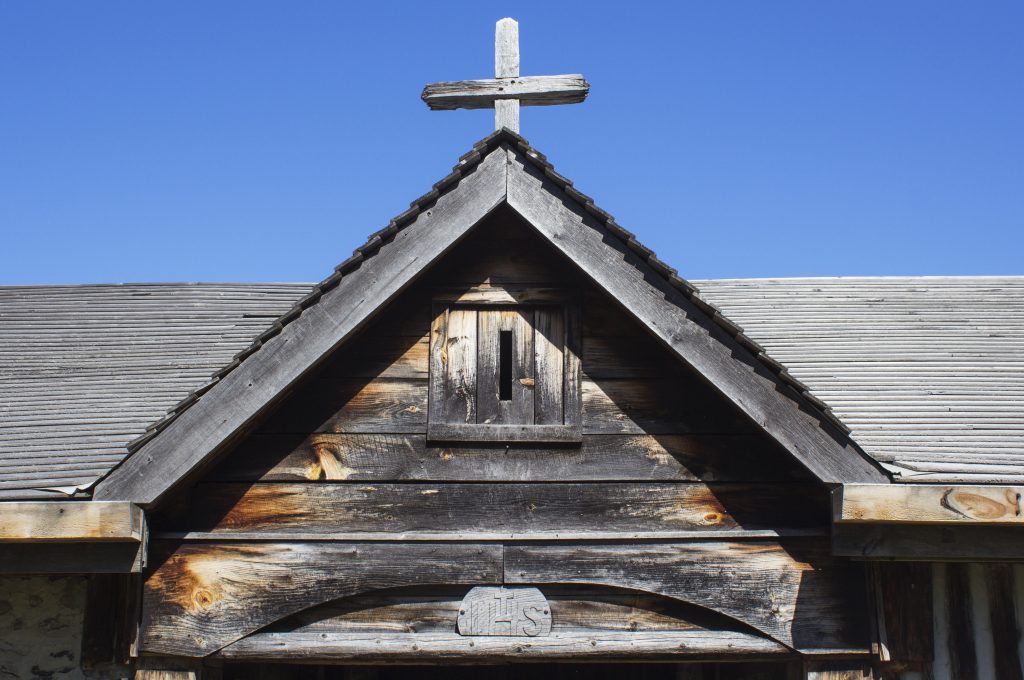 When the Jesuits returned to New France in 1632 after the three year English occupation, they brought more than just Christianity. In 1636 the first of the major epidemics that would ravage Wendake broke out. These outbreaks were sometimes experienced by the French as minor illnesses that lasted a few days and were gone. Other outbreaks only affected the Wendat. In either case, the Wendat suffered greatly. Demographic information is imprecise but it appears that the population of Wendake was reduced by one half to two thirds between 1615 and 1641.

The Jesuits did not begin to experience real success in converting the Wendat until the epidemics had devastated the population. The unimaginable magnitude of the loss caused economic and social dislocation. Only then did the Wendat look to the “Blackrobes” for salvation. Ironically, the agent that won converts for the Church was an instrument for the destruction of those same converts.

The work of the Jesuits eventually led to a division of Wendake between Christians and Traditionalists. Bitter conflict ensued just as Wendake was beginning to feel the full weight of the Haudenosaunee onslaught.

Although many Wendat had undergone baptism at the height of the smallpox epidemic of 1639-40, very few Wendat professed to be Christians in 1640. A change in tactics would begin to reap rewards for the Jesuits in the years to come. Through an unrelenting use of threat and reward the “Blackrobes” won a measure of acceptance. A more thorough programme of indoctrination assured that the conversions were complete and enduring. One of the prime inducements to conversion was the promise of firearms. Unlike the Dutch and English, the French restricted the sale of muskets to those indigenous individuals who had accepted conversion to Christianity.

The Jesuits made serious demands on converts. Traditions that had drawn communities together, such as the feast of the dead and the bonds of the clan, were spurned by converts at the insistence of the priests. Converts were encouraged to live apart from non-Christians. Traditionalists often viewed overt expressions of their faith by Christian converts as evidence of treason or possession by demons. The demands made on their converts by the Jesuits were especially onerous in a society that relied on pressures to conform, rather than laws, to achieve social harmony.

Traditionalists naturally attempted to counter Jesuit pressures to convert with pressures of their own. This push and pull reached its zenith in 1648, the year before the abandonment of Wendake. The growing power of the Christian faction led some Traditionalist chiefs to attempt to expel the Jesuits from Wendake. The power of the Jesuits and the Christian faction was too strong by this time, however, and the attempt failed.

The conflict between Christian and Traditionalist factions fell short of civil war but the rivalry was enough to seriously impede the ability of the Wendat Confederation to rally to its own defence in the face of Haudenosaunee invasion. Christians even refused on occasion to fight alongside non-Christians. In such an environment, determined resistance proved impossible and it was a relatively simple task for the Haudenosaunee to destroy Wendake one village at a time.

Mission work in Wendake was made possible by the trade links between the French and Wendat. The importance of this trade protected the Jesuits from those who resented their efforts and blamed them for the many misfortunes that befell upon Wendake before its destruction. Without a doubt, the Jesuits saw the divisive effects of their work and must have understood that, in light of the Haudenosaunee threat, disunity could doom the Wendat to destruction. Despite this, they continued their pursuit of souls until the end. As Wendake crumbled, many Wendat looked to the Jesuits for help but the benefits the Jesuits offered were waiting in heaven. Lalement, Brébeuf and the others possessed no powers that could stem the tide of the Haudenosaunee advance.